The US Sun reported on Sunday (06.11.22) the late singer, 34, was discovered in his tub by Los Angeles police when they arrived at his home in Lancaster, California on Saturday.

Law enforcement officials told The US Sun deputies responded to a call, finding "a deceased person in the tub".

It was later revealed a woman who found Aaron's body was house-sitting for the singer and police received a 911 call before they discovered the 'I Want Candy' singer dead.

A representative for the pop star confirmed the death in a statement on Saturday, saying: "It is with great regret to confirm Aaron Carter was found unresponsive this AM in his home in Palmdale, CA.

Elon Musk says he had "no choice" but to cull Twitter staff.

Half of the social media platform's workers lost their jobs on Friday (04.11.22) but Musk has claimed that the action was necessary due to the company's financial situation.

The world's richest man tweeted: "Regarding Twitter's reduction in force, unfortunately there is no choice when the company is losing over $4m a day.

"Everyone exited was offered three months of severance, which is 50 per cent more than legally required."

Twitter's head of safety and integrity Yoel Roth has confirmed that the layoffs have affected 50 per cent of the company - including 15 per cent of the trust and safety department.

Rebel Wilson has denied reports that she is engaged to Ramona Agruma.

The 'Pitch Perfect' actor has responded to the claims on social media as she shared a snap of the couple together at Disneyland in California.

Rebel wrote on her Instagram Story on Saturday (05.11.22): "Thanks for the well-wishes, but we are NOT engaged."

The New York Post newspaper's Page Six column had reported that Rebel had been discussing her engagement at George Clooney's Halloween party.

A source said: "They were making out in a corner and telling everyone how excited they are to be engaged!"

Celeb news for the week of Oct. 31

King Charles and William, Prince of Wales are said to have erupted into a furious rant when Donald Trump mocked Catherine, Princess of Wales, after she was photographed topless.

Nick Carter wept on stage hours after he paid tribute to his late brother Aaron.

Jordan Peele wanted to pay tribute to Akira in Nope

Jordan Peele wanted to pay tribute to 'Akira' with a scene in 'Nope' after being inspired by the 1988 anime classic when he was growing up.

Mark Ruffalo urges Elon Musk to 'get off' Twitter

Mark Ruffalo has warned Elon Musk he is "destroying [his] credibility" with Twitter and should get someone else to run the platform.

Sarah Michelle Gellar won't allow her daughter on social media until she is older because she needs to understand the "permanent" nature of what she puts online.

Gaten Matarazzo is 'excited' for Stranger Things to wrap

Gaten Matarazzo is excited to see where his career takes him next after the phenomenal success of 'Stranger Things'.

Singer Aaron Carter has died at the age of 34.

'The Crown' star Sir Jonathan Pryce has questioned claims that Prince Philip was racist and says the late royal was a "product" of his time.

Wes Bentley has revealed that Robert Downey Jr's candidness about his drug use saved him from a crippling heroin addiction.

Mariah Carey has suggested that she could be collaborating on a project with her friend Millie Bobby Brown.

Princess Diana was fond of listening to the Duran Duran hit 'The Wild Boys' while in the car with sons Prince William and Prince Harry, the band have revealed.

Ellie Goulding has opened an account on the celebrity dating app Raya - but is only looking for friends.

Heidi Klum was worried about suffocating in the worm costume she wore for her annual Halloween party.

Timothee Chalamet has never had a 'horror story' with a director

Timothee Chalamet has never had any "horror stories" with directors.

Steve Aoki admits he could easily become a recluse at his multi-purpose mansion.

Emily Blunt has revealed the sweltering conditions she had to film in for 'The English'.

Lesley Manville "always thought" she was going to play Queen Elizabeth on 'The Crown' before she was cast as Princess Margaret.

Daniel Radcliffe says his girlfriend wants them to appear on 'Bargain Hunt'.

Kanye West appears to have been threatened with institutionalisation "again" by celebrity trainer Harley Pasternak.

King Charles is related to Dracula

King Charles is said to have traced his ancestry back to blood-thirsty Romanian ruler Vlad the Impaler, who inspired Bram Stoker's vampire character Dracula

Mariah Carey "didn't fit in" with beauty ideals when she was young and wishes her 12-year-old self had known about the benefits of hair conditioner.

Olivia Culpo broke her "no athletes ever again" rule for Christian McCaffrey because of his strong family values - and the fact he is "hot".

Britney Spears has shared a pointed message to her dad Jamie Spears - boasting she has been able to drink coffee and visit spas after previously being banned under her conservatorship.

Winston Duke believes that the original 'Black Panther' film is responsible for changing the "landscape" of the film and TV industry.

Lupita Nyong'o couldn't see a way forward for the 'Black Panther' franchise after the death of Chadwick Boseman.

Jennifer Lawrence had commitment anxiety before getting married

Jennifer Lawrence is "so happy" she didn't "freak out" and cancel her wedding because she was experiencing commitment anxiety.

Ed Sheeran will spend the rest of 2022 out of the spotlight before his big return next year.

President Joe Biden is fed up of Americans being robbed by ticket sites.

Nick Cannon confirms 12th child is on the way

Nick Cannon has confirmed he has another baby on the way with Alysa Scott.

Rihanna 'in talks to headline Glastonbury 2023'

Singer Rihanna is said to have been in talks with Glastonbury organisers Emily Eavis and her dad Michael Eavis about headlining the music festival next year.

Drake and 21 Savage drop Her Loss

Drake and 21 Savage have delivered their joint album after a short delay.

Jimmy Kimmel lost 'half his fanbase' over Donald Trump jokes

Jimmy Kimmel has lost "half [his] fanbase" over his jibes at Donald Trump but threatened to quit his talk show if he was ordered to stop mocking the former president.

Zach Braff and Vanessa Hudgens to star in French Girl

Rapper Kanye West has revealed he is giving up talking, sex, adult films, and alcohol for 30 days as he embarks on a "verbal fast".

Country singers Kelsea Ballerini and Morgan Evans have reached a divorce settlement, and have put their Nashville property up for sale. 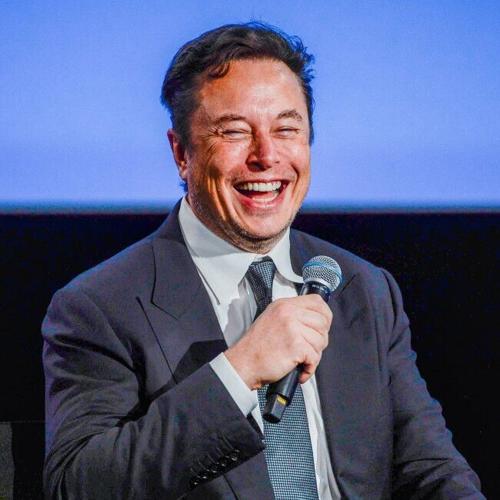 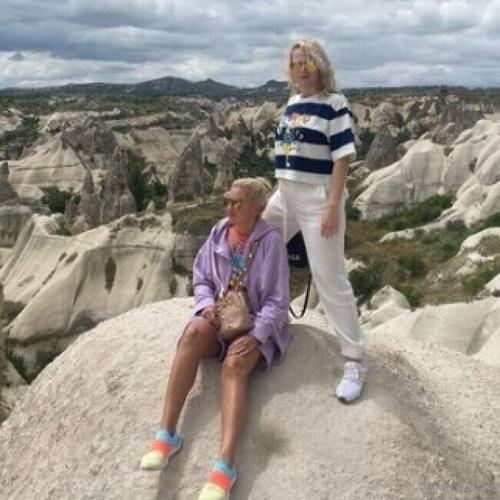