Maybe you’re trying to eat healthier these days, aiming to get enough of the good stuff and limit the less-good stuff. You’re paying attention to things like fiber and fat and vitamins … and anti-nutrients?

What the heck are anti-nutrients and are they something you need to be concerned about in your diet?

Let me, as a public health nutrition researcher, reassure you that anti-nutrients aren’t the evil nemesis of all the nutritious foods you eat. As long as you’re consuming a balanced and varied diet, anti-nutrients are not a concern. In fact, scientists are realizing they actually have many health benefits. 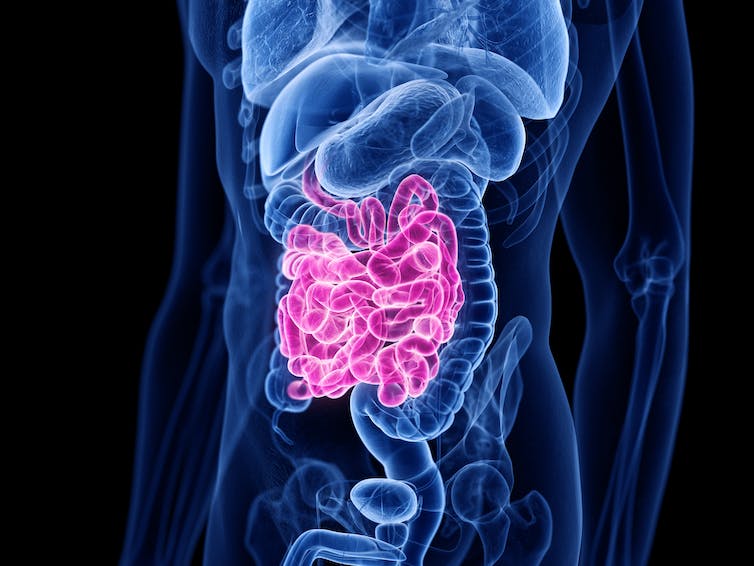 Nutrients get absorbed into your bloodstream – or not – as digestion occurs in your small intestine. Sebastian Kaulitzki/Science Photo Library via Getty Images

Anti-nutrients are substances that naturally occur in plant and animal foods.

The name comes from how they function in your body once you eat them. They block or interfere with how your body absorbs other nutrients out of your gut and into your bloodstream so you can then use them. Thus, anti-nutrients may decrease the amount of nutrients you actually get from your food. They most commonly interfere with the absorption of calcium, iron, potassium, magnesium and zinc.

Plants evolved these compounds as a defensive mechanism against insects, parasites, bacteria and fungi. For example, some anti-nutrients can cause a food to taste bitter; animals won’t want to eat it, leaving the seed, for instance, to provide nourishment for future seedlings. Some anti-nutrients block the digestion of seeds that are eaten. The seeds disperse when they come out the other end in the animal’s fecal matter and can go on to grow new plants. Both of these survival tactics help the plant species grow and spread.

In terms of foods that people eat, you’ll most commonly find anti-nutrients naturally occurring in whole grains and legumes.

Time for an image makeover as health enhancers

Despite sounding scary, studies show that anti-nutrients are not of concern unless consumed in ultra, unrealistically high amounts – and they have numerous health benefits.

Anti-nutrients are currently undergoing a change in image very similar to the one dietary fiber experienced. At one point, scientists thought dietary fiber was bad for people. Since fiber could bind to nutrients and pull them out of the digestive tract in poop, it seemed like something to avoid. To address this perceived issue, grain processing in the late 1800s removed fiber from foods.

In the same way, rather than something to avoid, many anti-nutrients are now considered health-promoting nutraceuticals and functional foods due to their numerous benefits. Here’s an introduction to some of the most frequently eaten anti-nutrients that come with benefits:

Oxalates are one of the few anti-nutrients with mostly negative impacts on the body. They are found in lots of common foods, including legumes, beets, berries, cranberries, oranges, chocolate, tofu, wheat bran, soda, coffee, tea, beer, dark green vegetables and sweet potatoes. The negative impacts of oxalates include binding to calcium in the digestive tract and removing it from the body in bowel movements. Oxalates can also increase the risk of kidney stones in some people. 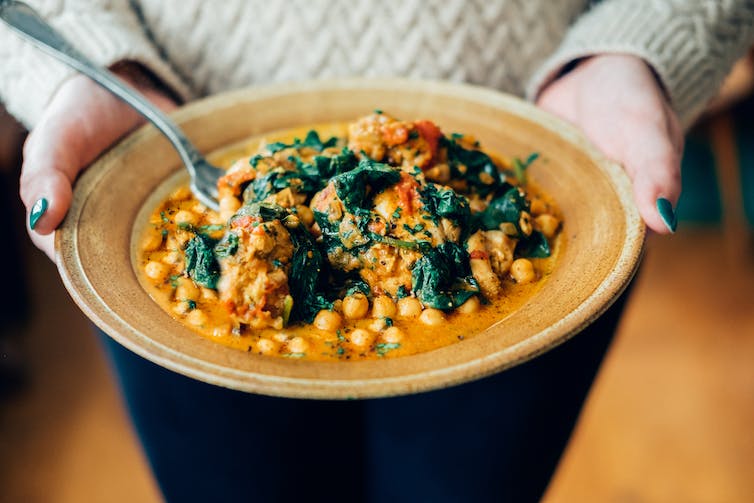 Fitting anti-nutrients into a healthy diet

Overall, comparing the benefits to the drawbacks, anti-nutrient pros actually outweigh the cons. The healthy foods that contain them – mainly fruits, vegetables, whole grains and legumes – should be encouraged not avoided.

Anti-nutrients become a concern only if these foods are consumed in ultra-high amounts, which is very unlikely for most adults and children in the U.S. Additionally, a large proportion of anti-nutrients are removed or lost from foods people eat as they’re processed and cooked, especially if soaking, blanching, boiling or other high-heat processes are involved.

Vegetarians and vegans may be at higher risk of negative effects from anti-nutrients because their diet relies heavily on fruits, vegetables, whole grains and legumes. But these plant-based diets are still among the healthiest and are associated with reduced risk of cardiovascular disease, obesity, diabetes and numerous types of cancers.

Vegetarians and vegans can take a few steps to help counteract anti-nutrients’ effects on their absorption of particular nutrients:

Your body wants comfort and warmth

You may be looking for a pick-me-up

It's almost too easy to find favorite foods

Get our best science, health and technology stories. Sign up for The Conversation’s science newsletter.

Jill Joyce does not work for, consult, own shares in or receive funding from any company or organization that would benefit from this article, and has disclosed no relevant affiliations beyond their academic appointment.