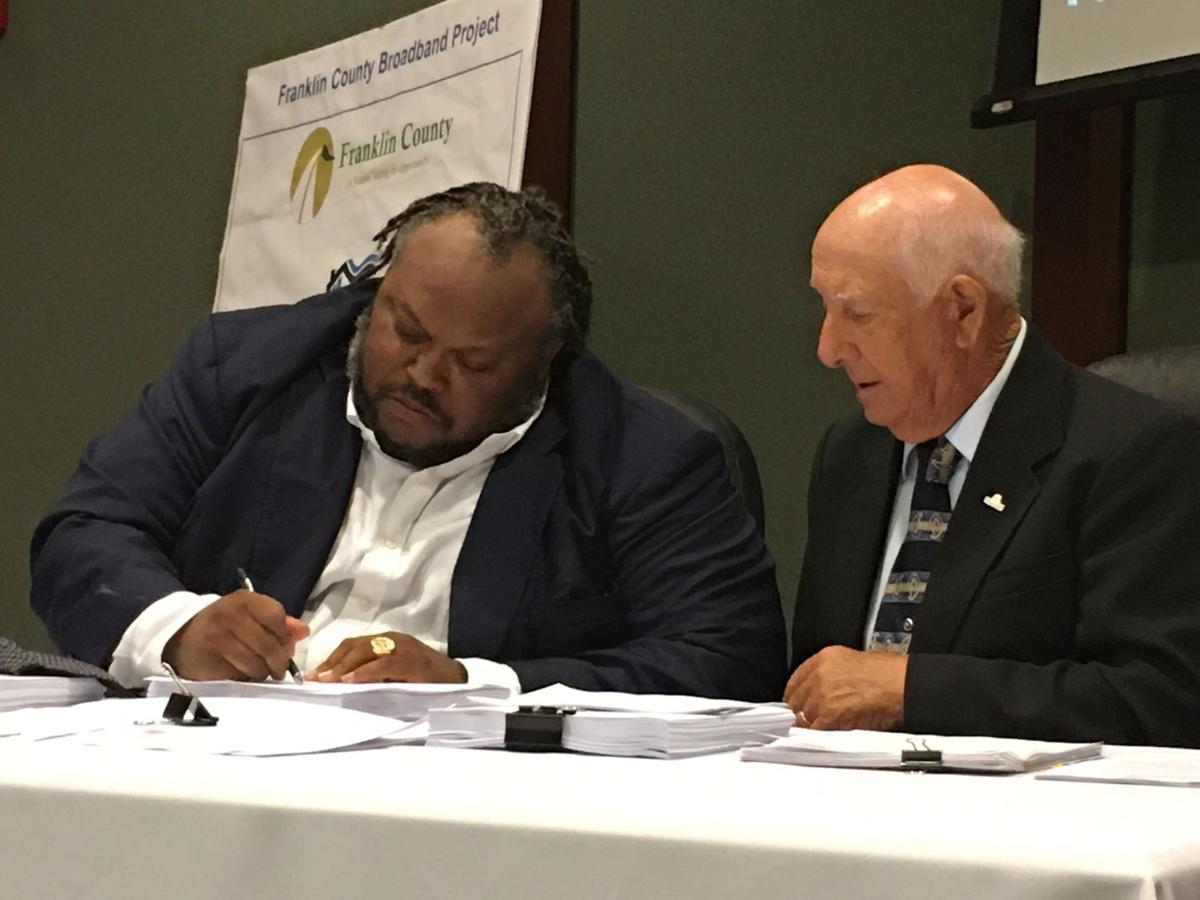 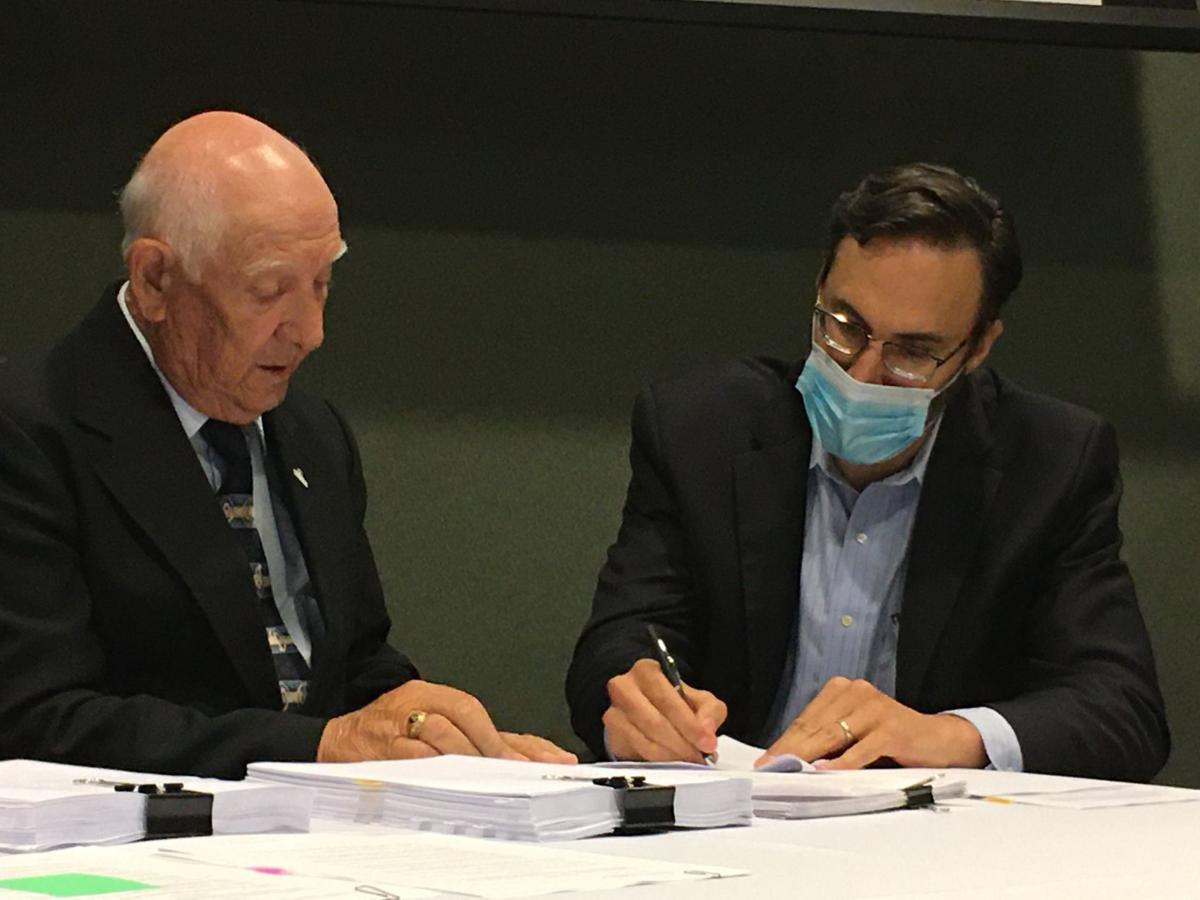 Franklin County marked the start of Phase 1 of its countywide broadband initiative July 21 with a contract signing with project partners Blue Ridge Towers and Shentel.

The two internet service providers joined Franklin County in a $4.6-million broadband project that is expected to bring high-speed internet to more than 20,000 residents in the county. The project will be deployed using a hybrid approach, using a fixed wireless system with the construction of new towers and adding fiber internet lines in villages and other growth areas.

The project was made possible by $2.4 million in grant funding from the Virginia Department of Housing and Community Development and a $650,000 grant from the Virginia Tobacco Revitalization Commission. The remainder of the project will be funded through private investments by Blue Ridge Towers and Shentel.

“Today we join these partners in signing the contractual agreements to allow us to move forward with the construction of phase 1 of the broadband deployment in Franklin County,” said Leland Mitchell, chairman of the Franklin County Board of Supervisors.

Shentel has partnered with the county to provide fiber internet lines in the county where it is financially and physically feasible. Phase 1 of the project includes extending a fiber line along Old Salem School Road in Union Hall that will serve nearly 200 homes and businesses in the area.

Construction is expected to begin on phase 1 in August with an estimated completion date of late 2021.

A Mississippi man died while visiting with friends at Smith Mountain Lake on Saturday afternoon.

Mariners Landing, one of the largest resort communities at Smith Mountain Lake, is under new ownership.

The body of a Hardy man was recovered from the Blackwater River near Smith Mountain Lake on Sunday morning, just hours after a 911 call report…

This will be one of the busiest months for boat traffic on Smith Mountain Lake. Due to the heavy traffic, anglers should consider limiting fis…

Boaters gathered on Smith Mountain Lake for the annual Pirate Days celebration on Saturday. While attendance was slightly down from last year …

Supervisors put Confederate monument issue up to a county vote

County residents will be given a vote on whether the Confederate monument on Franklin County Courthouse grounds stays or goes. Supervisors agr…