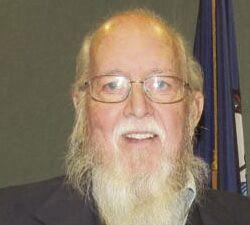 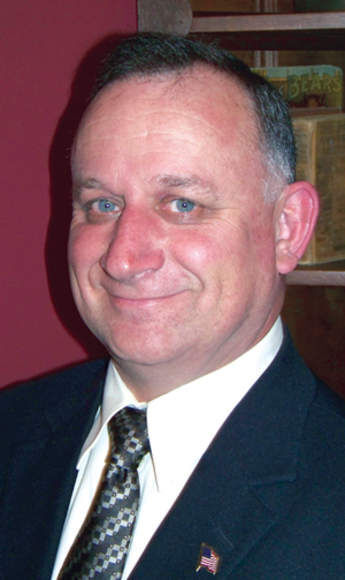 The Franklin County Board of Supervisors chose new leadership Jan. 4, passing the chairperson’s gavel one seat over.

Boone District Representative Ronnie Thompson was chosen as the new chairman by unanimous vote. Thompson, who retired as a deputy with the Franklin County Sheriff’s Office in 2007, first joined the board in 2010 and is serving his third term.

Nominated by Blue Ridge District Representative Tim Tatum, Thompson said he was flattered by the vote of confidence from his fellow supervisors.

“I appreciate it and I know that you’ll help me through this,” Thompson said.

Tatum himself was nominated for the position of vice chairman by Union Hall District Representative Tommy Cundiff. The board members also backed Tatum via unanimous vote.

Supervisors expressed gratitude to Snow Creek Representative Leland Mitchell for the work he did during his eventful 2020 stint as board chair.

“I’ve appreciated your wisdom and your leadership. This board’s been better for it,” said Gills Creek District Representative Lorie Smith. “You have certainly had to navigate some unprecedented times. You’ve done it with grace and you’ve done it with heavy commitment to the county.”

“It has been a tough year at times with a lot going on,” Tatum said, referencing the controversy over the Confederate statue beside the county courthouse that ultimately led to a countywide referendum. “None of us foresaw the statue being as big an issue as it became.”

Leland Mitchell received a standing ovation from the other members of the board.