A massive funnel-web spider with fangs capable of piercing human fingernails has been donated to an antivenom program in Australia, sparking an appeal for its anonymous donor to come forward.

Nicknamed "Megaspider," the arachnid measures 8 centimeters (about 3 inches) foot to foot, with fangs 2 centimeters (about 0.8 inches) long, the Australian Reptile Park said in a statement Friday. With a body measuring 5 centimeters (1.9 inches), it's the largest funnel-web spider the park has ever seen, it added.

"She is unusually large and if we can get the public to hand in more spiders like her, it will only result in more lives being saved due to the huge amount of venom they can produce," said Michael Tate, the park's education officer. "We are really keen to find out where she came from in hopes to find more MASSIVE spiders like her."

According to the Australian Museum, the average length of a funnel-web spider's body is 1 to 5 centimeters, making this one on the large side. But it's by no means the largest type of spider in Australia.

That honor belongs to the tarantula otherwise known as the whistling spider, due to the noise it emits when provoked. The body of the northern species Selenocosmia crassipes can grow up to 6 centimeters (2.4 inches) long, with a leg span of 16 centimeters (6.3 inches).

The funnel-web spider or Atrax robustus may be smaller, but they are "the most notorious members" of the country's spider fauna, according to the Australian Museum's website.

Though not all of the 40 or so varieties of the species are dangerous, "several are renowned for their highly toxic and fast acting venom," with the male of the Sydney funnel-web spider linked to all 13 recorded human deaths, the museum said.

"This remarkable spider has become a part of Sydney's folklore and, although no deaths have been recorded since the introduction of an antivenom in 1981, it remains an icon of fear and fascination for Sydneysiders," the museum says.

The Australian Reptile Park said Megaspider's fangs will be milked for venom that can be turned into antivenom.

The spider was donated somewhere in the Sydney or New South Wales coastal area, the park added.

"It was in a Tupperware container without any labels to signify where it came from," the statement said. "Keepers are eager to find out the area in which it came from with hopes of finding more of the large spiders as they produce larger amounts of venom for the antivenom program."

ICYMI: Trending stories from the past week

How a TikTok hand signal led to girl's rescue; a Tennessee pastor's heroic act; and the GOP's feud with Big Bird. Popular stories you might have missed this week.

"The complainant was behind the vehicle and noticed a female passenger in the vehicle making hand gestures that are known on the social media platform 'Tik Tok' to represent violence at home ... "

The "heroic actions" of a Tennessee pastor who tackled a man waving and pointing a gun during a service "saved a church from further violence," police said.

Big Bird took to Twitter to announce he received his COVID-19 vaccine. But not everyone was happy about it, especially Texas Sen. Ted Cruz.

Actor Matthew McConaughey, who says he has been vaccinated himself, said he's against mandating vaccines for children — as of "right now."

Rudd, 52, said his wife was initially "stupefied" after he told her the news. "I figure I'll be on a lot more yachts," he added.

Cats can track where you are using only their ears, study finds

A study out of Japan found that a stationary cat can track its owner's location using audio cues — specifically, the owner's voice.

A California woman is accusing Southwest Airlines of racial profiling, saying she was accused of human trafficking while traveling with her biracial daughter.

With a wink, judge fights 'tyranny' of Elf on the Shelf

"Tired of living in Elf on the Shelf tyranny?" a judge asked. Then he "banned" them.

California parents sue after getting another couple's embryo

Two California couples gave birth to each others' babies after a mix-up at a fertility clinic and spent months raising children that weren't theirs, according to lawsuit.

No toilet for returning SpaceX crew, who are stuck using diapers

The astronauts who will depart the International Space Station on Sunday will be stuck using diapers on the way home because of their capsule's broken toilet.

M.J. "Sunny" Eberhart strode into the record books Sunday as the oldest hiker to complete the Appalachian Trail. See some scenes from his journey.

The Houston-born artist will also partner with BetterHelp to provide free mental health services to all those affected by the tragedy.

In a tweet Monday night, Ocasio-Cortez, D-N.Y., referred to Gosar as "a creepy member I work with."

Dean Stockwell, known best for his Emmy-nominated role alongside Scott Bakula on “Quantum Leap,” died Sunday. He was 85.

The lawsuit is the latest twist in the saga involving Baskin and Joe Exotic, who were at the center of the documentary series "Tiger King: Murder, Mayhem and Madness."

Kaiser polled people on whether or not they believed seven widely circulated untruths about the virus. Here's what they found.

Harry said he made his concerns known via email to Twitter CEO Jack Dorsey the day before the riot in Washington.

Explainer: Why US inflation is so high, and when it may ease

Any American who has bought a carton of milk, a gallon of gas or a used car could tell you, inflation has settled in. Here's what to know and when to expect an easing.

Winners, photos and highlights from the 2021 CMA Awards

Everything you need to know about Wednesday night's CMA Awards in Nashville:

Three shots and 1 booster later, this man has little protection against Covid-19

Booster doses haven't eased the fears of some immunocompromised people.

An unlikely series of events brought a teddy bear back to the arms of a 6-year-old girl who had the bear since being adopted from an Ethiopian orphanage.

While the original album was 16 tracks, "Red (Taylor's Version)" is an epic 30 tracks.

Olympic gold-medal-winning gymnast Suni Lee said she was pepper-sprayed in a racist incident while in L.A. for her stint on "Dancing with the Stars."

While developing a rapid test that detects the coronavirus in someone's saliva, Blink Science, a Florida-based startup, heard something startling: The Food and Drug Administration had more than 3,000 emergency use authorization applications and didn't have the resources to get through them.

The biggest ticket item — turkey — is up 24% since last year. But there are a few caveats. 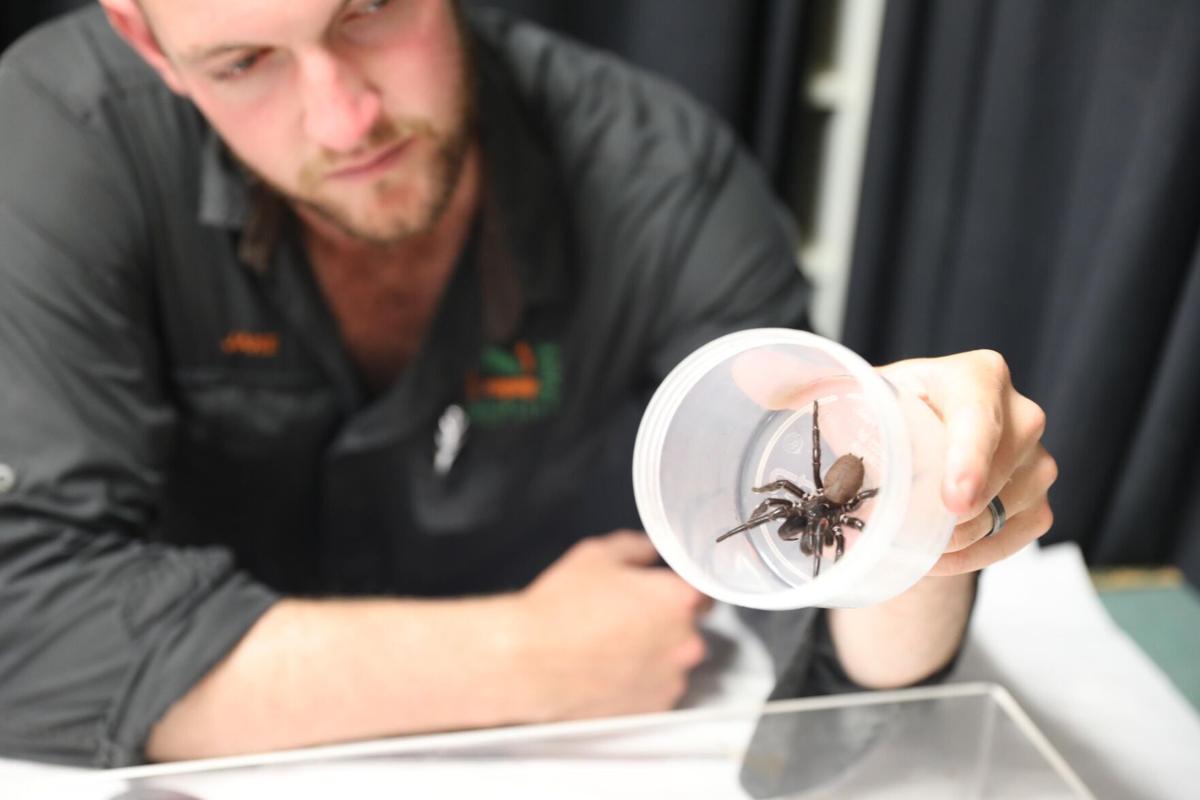 Spider keeper Jake Meney with Megaspider. Her fangs will be milked for venom to turn into antivenom. 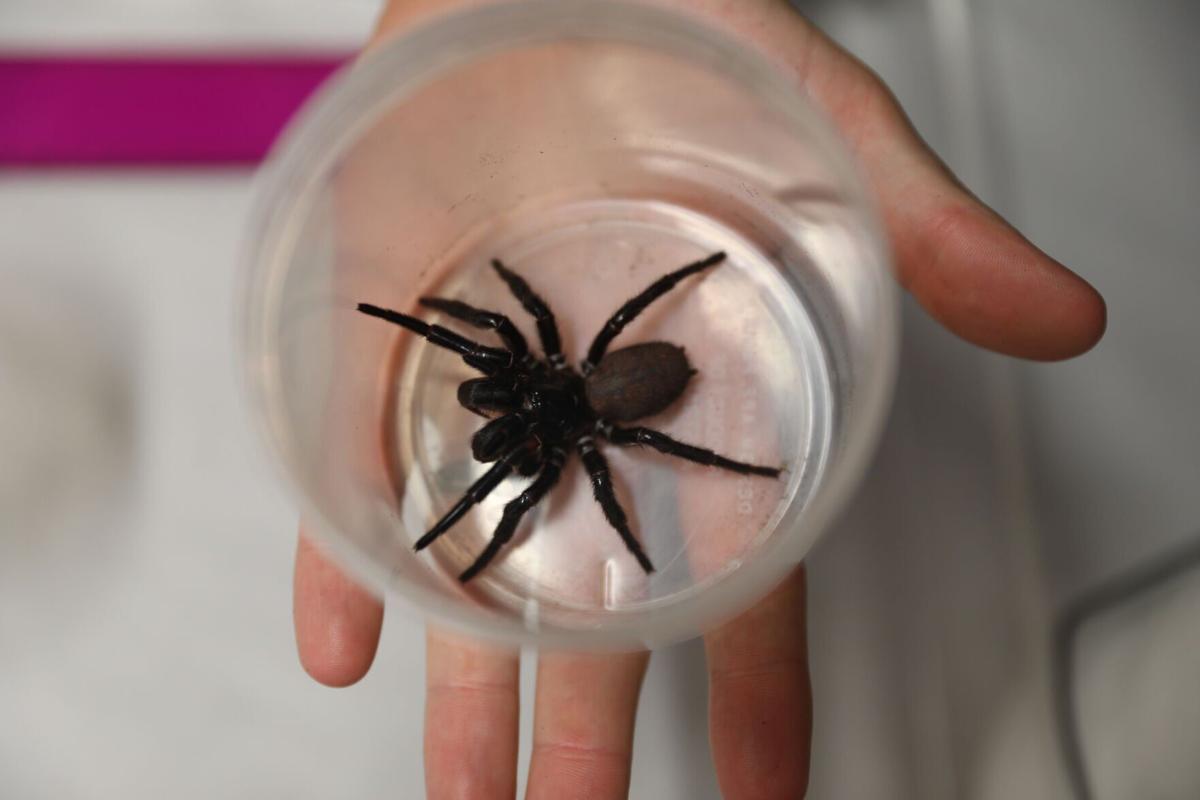 Megaspider is the largest funnel web spider the Australian Reptile Park has ever seen, measuring 8cm foot to foot.